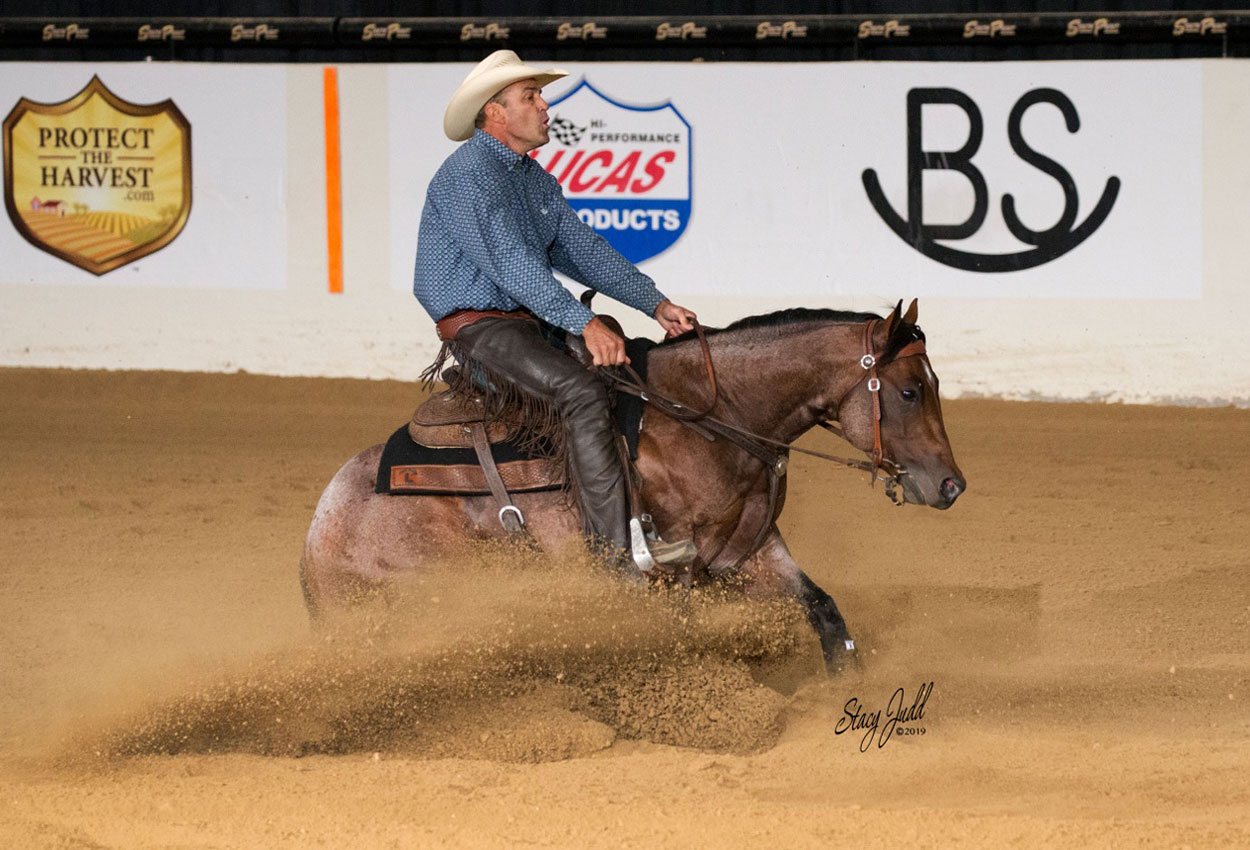 How long did it take owner Brent Steward and trainer and rider Lance Johnston to realize they had something special in 2016 stallion Here Comes The Boon, the newly crowned Open champion of the National Reined Cow Horse Association Snaffle Bit Futurity®, presented by Metallic Cat?

“It was actually right here at the end of this arena,” Johnston said of the exercise pavilion at the Will Rogers Memorial Coliseum. “Myles Brown was loping him around and I could tell he was a 2-year-old and I watched him and watched him, and watched him a few more days, and I thought, ‘Wow, that’s a rally good 2 year old.’”

That was at last year’s two-week Snaffle Bit festival, which ended for Johnston in the preliminaries, knocked down – he preferred the term “obliterated” — by a cow on a fence run.

Johnston went to Steward, owner of Rocking BS Ranch in Nevada, with his case to buy the horse. “I told him, I don’t ever want to come back here with just one horse good. I want to come with two because if something like that happens again I want to have a shot. I’d like to buy one.”

On hearing the request, Steward was at first a little reluctant, but Johnston persuaded him to take a look at Here Comes The Boon.

“So, we went over to the Watt Arena,” Steward continued the story, “and Myles was riding him around. As soon as I sat down and looked at him and watched him turn around I said, ‘I’ll buy that horse.’”

It was a decision Here Comes The Boon has made sure Steward hasn’t regretted.

A winner of the Intermediate and Open classes at the National Stock Horse Association Futurity in August in Las Vegas, team horse and rider followed it up with another double in Fort Worth, Texas, and all the prizes that came with it, including $180,000.

He is clearly a big-time player, stepping up Saturday night on the biggest stage of the NRCHA, under Johnston, delivering an incredible, tiebreaking 226 fence run that catapulted Team Here Comes The Boon to the ultimate triumph.

“He craves it,” Johnston said. “He would rather be showing at a show than at home. I think he’s bored at home. He’s not the same horse at home that he is when you take him somewhere. When I walked him in here with these people, it was like you gave him happy gas. It was like, ‘Look at me. This is fun.’”

Bred by Randy and Sharon Butler of Gainesville, Texas, Here Comes The Boon is the son of Once In A Blu Boon, who has sired 56 money-earning performers, now reaching upwards of $922,000 in Equi-Stat earnings.

His top earner is Badboonrising, whose Equi-Stat record reads earnings of more than $279,000. With his earnings on Saturday night, Here Comes The Boon has shot up to No. 2, eclipsing the $200,000 gate.

Here Comes The Boon’s mother is Stay Outta My Shorts, daughter of Shorty Lena. She has produced five money winners. Here Comes The Boon is already her favorite son and top earner. His maternal grandfather, of course, is the sire of winners totaling almost $10 million.

For now, it’s back to California for Here Comes The Boon for a little R&R. He doesn’t need much, this go-getter, but he’s going to get it. Next up is likely the NRCHA Derby in February.

“He believed in me and trusted me,” Johnston said of Steward, “and Myles did a great job of starting him. I just had to do my job for year. Help him grow and improve him and keep him sound physically and mentally.”

If two weeks in October is any clue, it was a job well done. 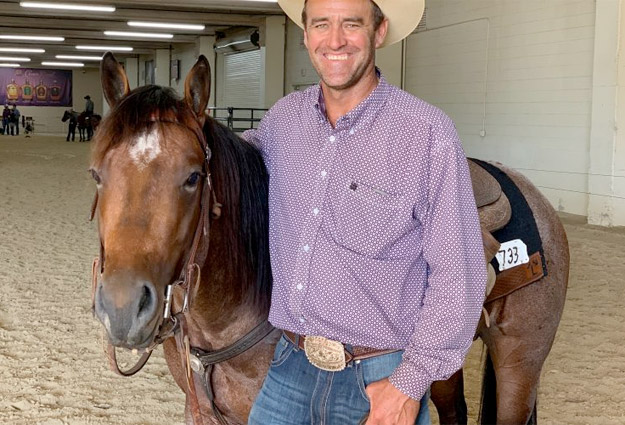 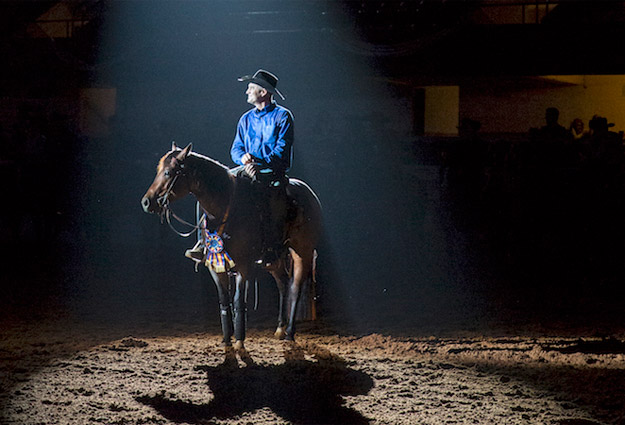