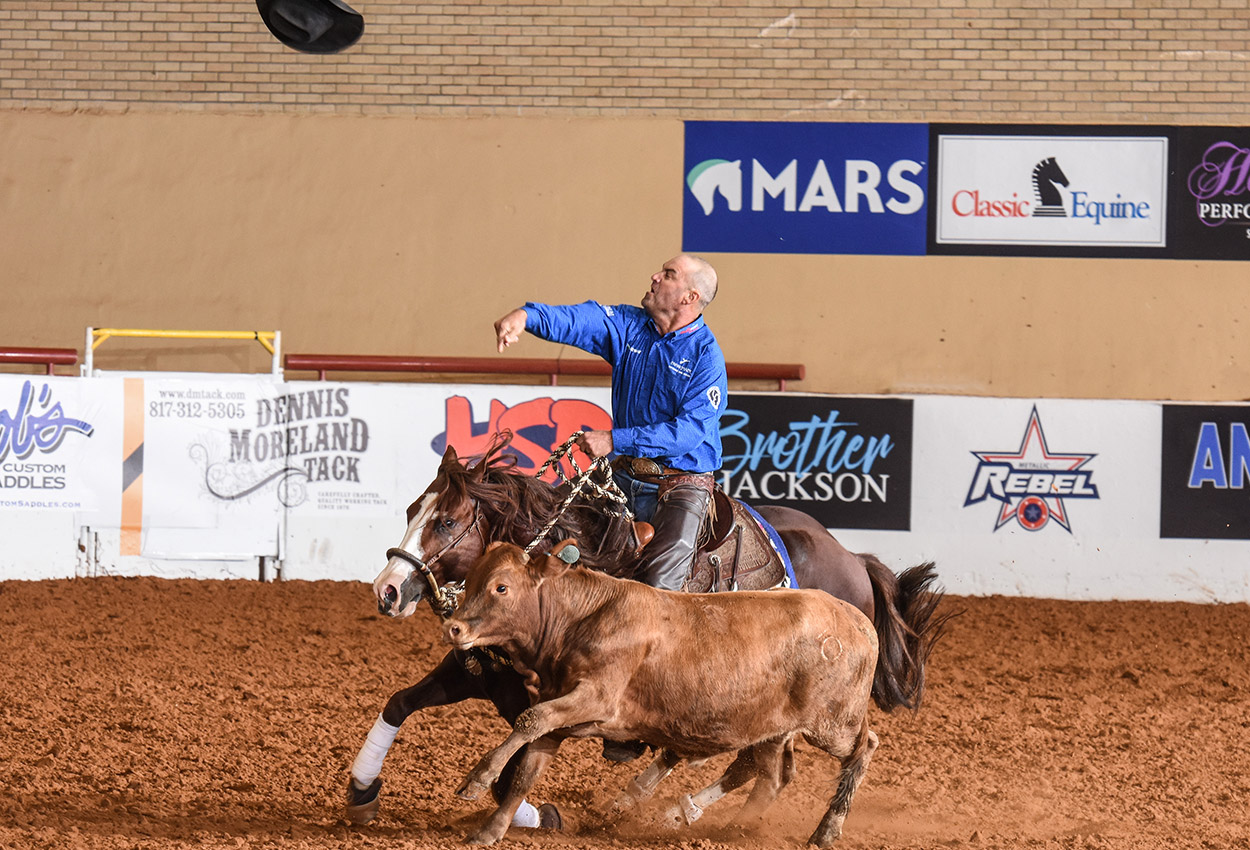 Lance Johnston flung his hat in the air after he and Annies Smart Cat completed a sparkling run in the National Reined Cow Horse Association (NRCHA) Hackamore Classic Open finals. Then he leaned forward, pressed his head against the horse’s mane and furiously patted both sides of the sorrel stallion’s neck.

It was a 226-point run that won him the Open Championship. And, it was just the beginning.

They banked upwards of $82,000 in the Hackamore classes, and then Hencratt won roughly $50,000 more dollars thanks to two Futurity titles aboard Shiney Little Rock – the Level 1 Limited Open and the Limited Open – and money won aboard another Futurity horse, Talking Bout Rubies.

“The Hackmore Classic on Annies Smart Cat might have been one of the greatest runs of cow horse all time, I think. At least several people were mentioning that they can’t remember very many that could beat that, especially the three runs together,” Johnston said of the stallion out of Shiney Nu Annie (by Shining Spark).

Hencratt, riding Move That Rock, won the Limited Open and Intermediate Open in both events. She also won the Level 1 Limited Open with Debbie Proctor’s gelding by That CD Rocks in the Hackamore Classic.

The success was especially sweet considering how tough the sport of cow horse has become, Johnston said.

“The last three years it’s just getting tougher and tougher. It’s unbelievable, and these young guns coming up are just hammering on us, so us old guys are trying to keep going and stay ahead,” Johnston said. “It’s pretty neat, I love competition and to see the reined cow horse. Just to see the horses and the trainers at the level they’re at is pretty amazing.”

And his run aboard Annies Smart Cat in the Hackamore Classic? It was enough to make him throw his hat above his head as the run wound down to an end. Which is really saying something, because he didn’t even throw his hat during the jubilation following his winning cow run aboard Here Comes The Boon in the 2019 NRCHA Snaffle Bit Futurity.

“I did a couple different things [with that hat], but I didn’t throw it,” Johnston recalled of his arm-swinging, fist-punching Futurity celebration. “But, the other night I threw it because I knew I had dominated. I knew that I knew that I won by several points; I just knew it was untouchable.”